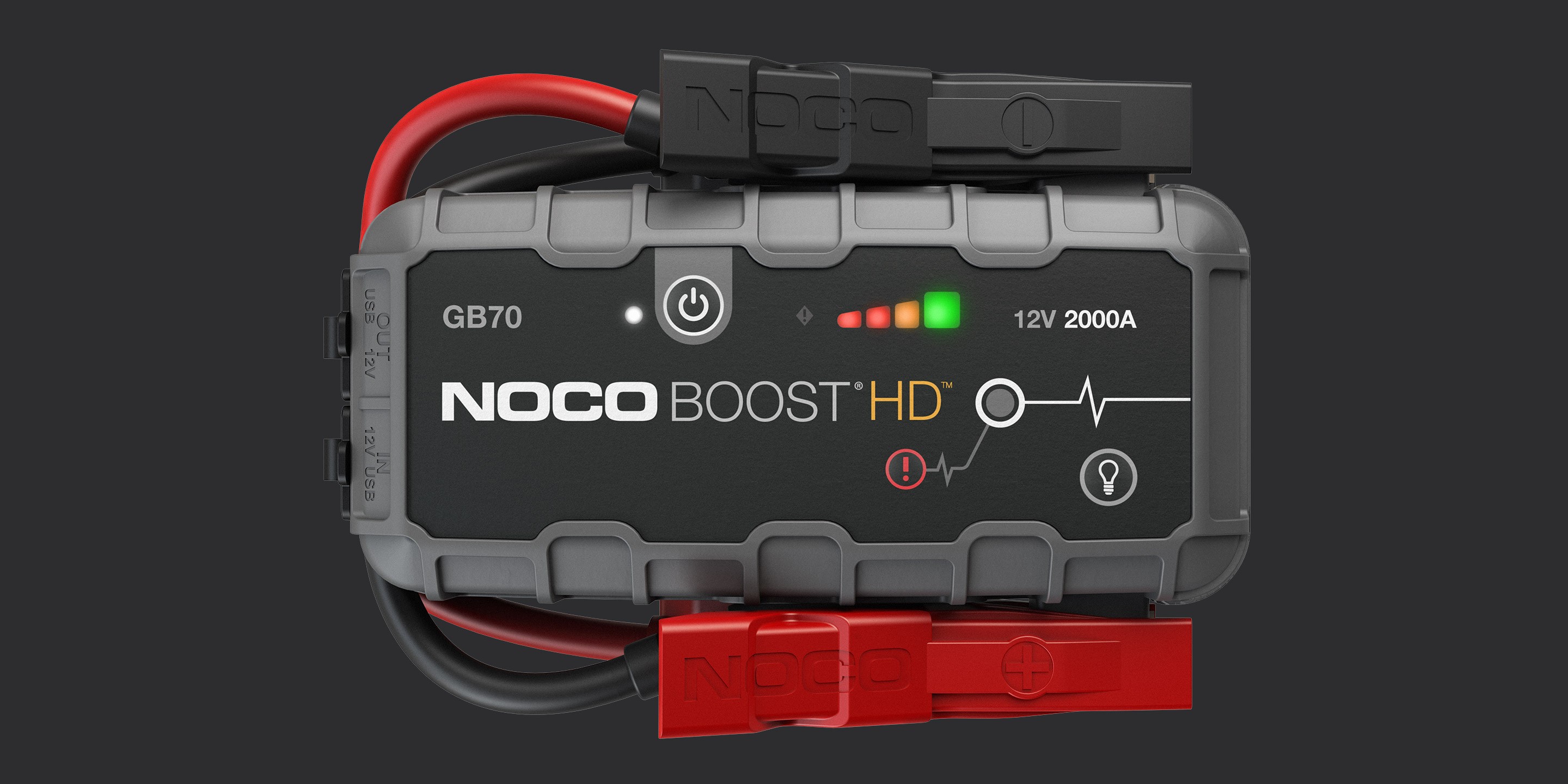 I am just going to make a bold claim here and say that 2020 was not good for the collective health of car batteries around the world. Unless you have a really fancy car or too much money, the average car battery weights around 20 kg and is some kinds of a VRLA or Valve Regulated Lead Acid Battery. It’s heavy, it’s ancient tech but it’s really reliable and cheap to manufacture. Due to it being ancient tech and quite rapidly discharging itself, as compared to Lithium-Ion based chemical mixtures for example, not driving your car leads to your battery discharging itself to a point where it may damage itself while trying to provide power output. The other very obvious problem is that your car wont start. In order to get out of a potentially sticky situation I bought a battery jump pack in early February and it has come in handy various times already.

There are various brands available that all seem to build quality products but I opted to buy the NOCO Boost HD GB70. It claims to jump start a 8 litre petrol engine or a 6 litre diesel engine 40 times. If you know a little bit about internal combustion engines, the 6 litre diesel number is the more impressive number here. It runs at 12V internal voltage and claims to deliver up to 2000A. Based on the cables attached and the various times I have used it so far I am inclined to believe those numbers. So far I jump started a 1.4L petrol engine various times as well as a 3L V6 diesel once without any problems. The cars cranked over and started immediately after seeing the full 12V, but NOCO gives the disclaimer that some cars may wait 30 seconds before doing anything.

The main reason why I am recommending this to anybody though are the seemingly just-smart-enough-to-be-useful internals. The chips that are connected to the jump leads run through various little checks once connected and make sure that there is no short and that the leads are connected properly to + and - respectively. This means that you can hand this little jump pack to anybody and they would not able to use this to potentially damage the cars electronics or vital components like the starter motor. There is a way to disable all the protective features but you really have to want to turn them off before you get yourself into trouble.

It has a regular ol’ 5V ~2.1A USB-A port which can be used to charge your phone or anything else that can be connected via USB as well as a 12V out connector. You may not be as familiar with it but it is a commonly used plug in the automotive industry as well as in workshops for various things. I have a soldering iron for example that runs via a 12V plug like this.
The only downside about this product and why I want to explicitly mention it here is the Micro USB which is used to charge the jump pack if you don’t go for a 12V fast charger. I never liked Micro-USB, but this model appears to have been on sale as is for a couple of years and even though I’d much prefer to have USB-C port I can see why it’s on there.
The jump pack also features a very bright flash light at the front which can be run in various modes from just lights on continuously to a few flashing modes like SOS to a police siren like flashing.

I really like that the clamps are made from what feels like high quality plastics and have just sharp enough jaws on the inside for the clamp to grab onto reliably without damaging anything.
I chose this jump pack in particular because it has the leads permanently attached, but it may be overkill for your needs and there are smaller and cheaper versions available for reasonable prices. Maybe this one is perfect for you, or another version may suit your needs better. I’d recommend to have a look around on the NOCO website. I am usually not the “prepper” type of person, but I believe that owning something like this is very cheap insurance especially now as the colder climate has clearly arrived in the northern hemisphere.