Yesterday Tweetbot 5 was released as a free update to every Tweetbot 4 customer. It must be a very difficult time at the moment justifying working on an application that is entirely dependent on a company so hostile to the people who made them. Twitter keeps ripping the band-aid off a bit only to stick it back on again, only to then rip it off a bit further. They have been doing this for a while now and from being a bystander to chatter about it at WWDC with people who have intel on this crisis it must be a huge mental burden on each and every developer of a third party client. I would like to help with that and I hope to convince you to do the same.

I absolutely adore Tweetbot by Tapbots and use it exclusively on iOS and macOS. There is just no f@¿!*∆% way in hell that I will install the first party Twitter client ever again on one of my devices. Twitter has proven over the last years that they don’t deserve to be trusted to any degree, leaving their lack of taste for design or any integrity.

Spending so much time in Tweetbot and getting so much value out of it I was expecting to happily pay yet again for a new major upgrade at some point but that wasn’t the case. The update was free to my surprise and the app is still a joy to use. Independent developers are the ones who push the App Store in terms of design, function and it’s policies and indies deserve a lot of credit for making the App Store what it is today. Even though a lot of indies have plenty of customers some have trouble making a living on the App Store these days and once I saw that I was able to hand the gentlemen at Tapbots a bit of money I happily did just that. The most that I was able to give was 5,49€ which I think is ok but I’d prefer to give back more.
Thinking about how much money I spend on shit I don’t get nearly as much value out of as out of my favorite apps I use every single day, I have decided to consciously seek out ways to give money to the developers of my favorite apps regularly and donate to things that either make my life easier or to things that I enjoy. None of this is to pat myself on the back or get any kind of special treatment but rather in a very selfish way ensure that the people who make the things that I enjoy keep doing just that. Make things for me to enjoy.

Producing anything of quality is hard so thank you very much to Paul, Mark and Todd for making products that delight me on a daily basis!
I hope that this money is partially spent on things your families need and partially on tires, race-fuel and on parts for yet another server to keep Paul warm. 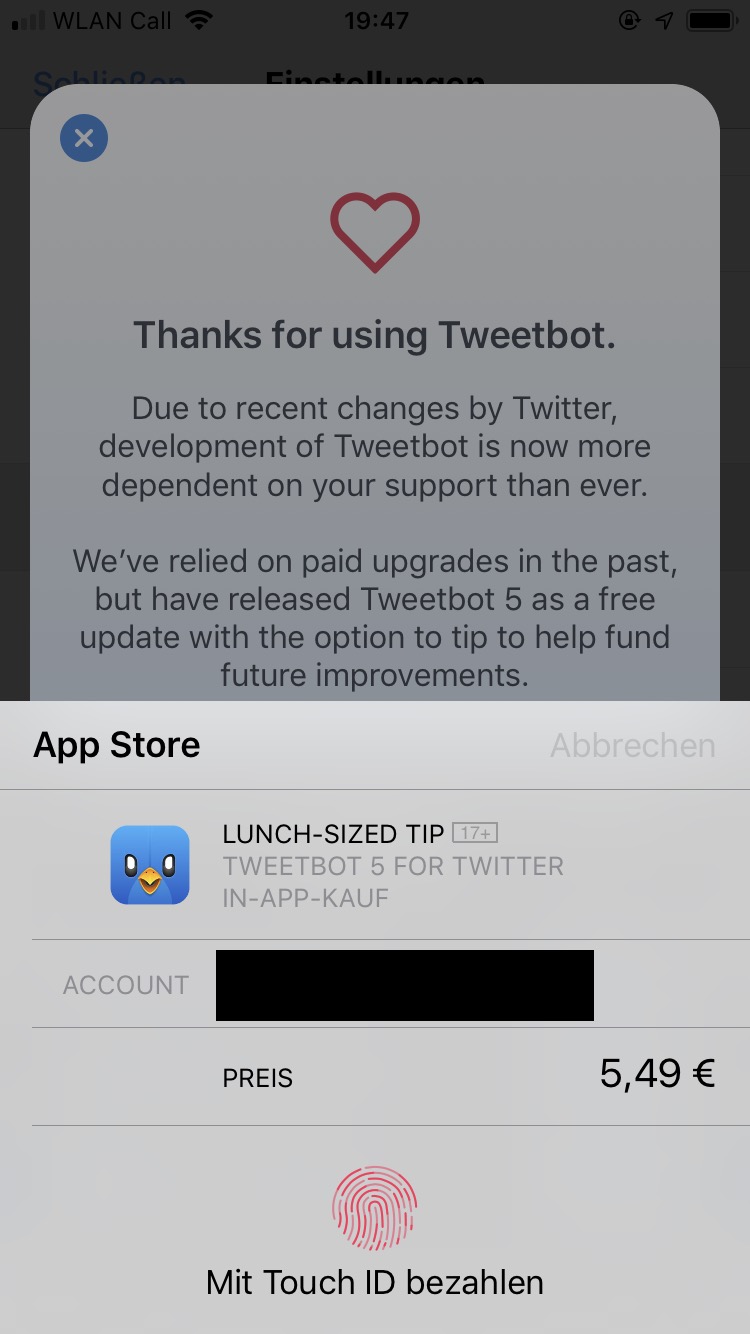